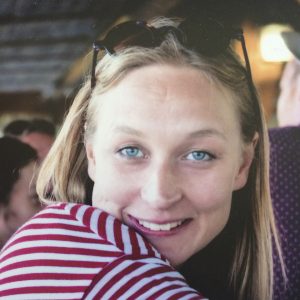 Duška Nešić was born in Dubrovnik 1979, graduated Science of fashion and costumes studies at the Faculty of Philosophy University of Rome La Sapienza. She ended undergraduate course with Professor Dr. Anne Florenz in 2011, defending the research work on the Župa Dubrovačka folk costume subject. She finished graduate study in 2014 in the class of Professor Dr. Guido Pescosolido (History) with thw research work entitled “La moda nel socialismo in Yugoslavia: anni 50 e 60”; Fashion during socialism in Yugoslavia 50s and 60s, with the highest score of 110 cum laude and with a Rector’s award. She works in different designer and costume history fields, for fashion shows, like stylist and like costume designer in film, music videos, and theatre. She collaborated with lots of distinguished directors and costume designers. She also worked for big film productions like Knightfall, Game of Thrones, Star Wars, Bollywood, Robin Hood, film „Zora”, director Dalibor Matanić, and for a lots of theatre plays produced by Dubrovnik Summer Festival, like assistant and costume designer both. She often collaborates with Italian director Flavio Costa with who she won a few awards on Italian film festivals. Together they made a first short VR (virtual reality film) which is enroled in Venetian Film Biennale. She is also lecturing History of costume and symbology of colours in Medieval.There are lots of successful projects behind her. From 2016 she collaborates with Croatian National Theatre in Osijek. Duška Nešić is stylist / art director, commercial for Borovo, spring/summer edition “The Big blue & My Ballerinas”, Croatia. She has collaborated with RIM organization since 2016.