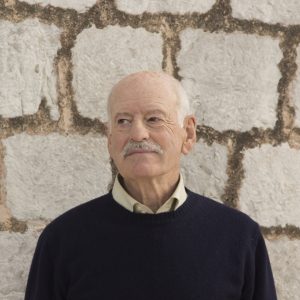 Marojica Bijelić was born in Dubrovnik. He is English language teacher with extensive experience in teaching English as foreign language in schools. For his knowledge, skills and abilities as a tour guide he received acknowledgments and awards. Among others, National Award for Guides (2009), acknowledgments by Holland American Line Company (2011) and Seaborn Spirit Charter Yacht Company (2013). He is a member of the main board of Dubrovnik Tourist Guides Association. He is most known for presenting life and work of most prominent men in Dubrovnik’s history and is author of projects “Hidden Dubrovnik” and “Religious tour”. He is a permanent associate in the projects of The Rest is Music organization, and with numerous engagements he actively participates in the cultural life of Dubrovnik as a collector; his very valuable collection of glass was exhibited in the City Museum Šibenik (2001) and in Cultural Historical Museum in Rector’s Palace in Dubrovnik (1997,2014).  Marojica Bijelić has been a permanent associate of RIM organization since 2014.