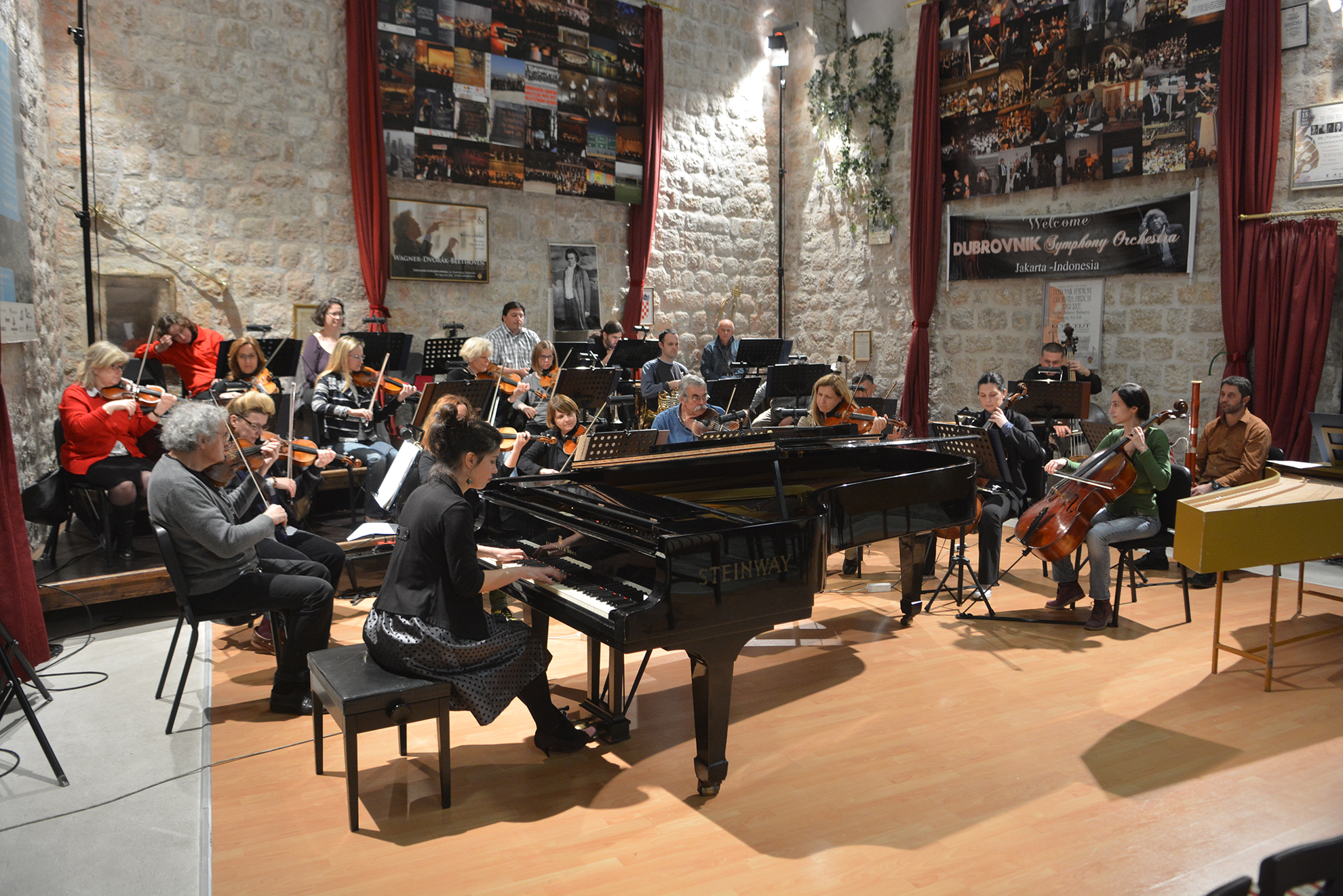 This educational concert was established on the occasion of 300th anniversary of Carl Philipp Emmanuel Bach’s birth, and was realized in collaboration with the Dubrovnik Symphony Orchestra, with two performances; matinée performance for musical youth and evening concert performance for the audience,  on April the 11th, 2014 in Fortress Revelin.

What do we know about Bach? We think he was a “serious” organist, whose beginning of Toccata evokes the famous music theme  in the ear as soon as somebody mentions it. Through the scene “Bach and the sons” project the spectators could entertain them in a fun way to know how Bach signed, where he was traveling and how many women and children he had. During the performance the following works are played: Concerto for piano and orchestra in f minor, BWV 1056 and Branderburg Concerto no. 3 in G major, BWV 1068 by Johann Sebastian Bach; Solfeggietto in C minor, Hamburg Sonata in G major, no. 4, Allegro assai and Fantasia “Bachs Empfindungen” by Carl Philipp Emanuel Bach and Symphony in G minor, op. 6, no. 6, Allegro and Symphony in D major, op. 18, no. 4, Allegro by Johann Christian Bach.

The project was realized with support of City of Dubrovnik.