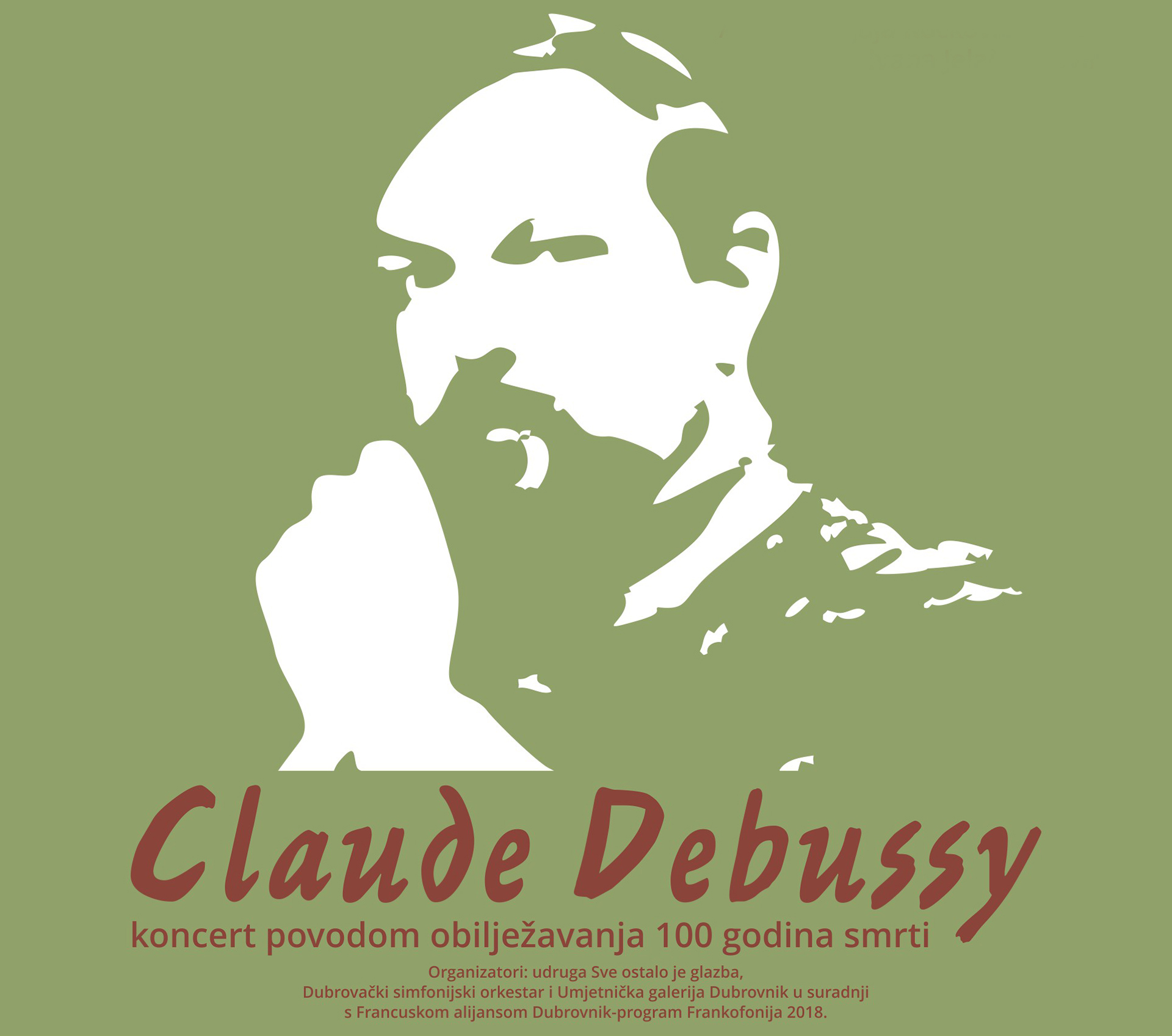 The project Traces of Impressionism was realized through a concert on marking 100 years since the death of French composer Claude Debussy, in collaboration with the Dubrovnik Symphony Orchestra, the Museum of Modern Art Dubrovnik and the French Alliance Dubrovnik. Since it is one of the most important French composers of classical music, the program was also included in the Francophonie Program 2018. With this project, Dubrovnik joined the Croatian cultural centers that marked this important anniversary with concerts.

The project was designed by pianist Ivana Jelača, who provided interesting facts of Debussy’s  life and work between the musical performances. A varied program that showed the diversity of Debussy’s opus was presented to the audience.  At the end of the concert, the French lyrics which were transformed to songs by Debussy, were recited. 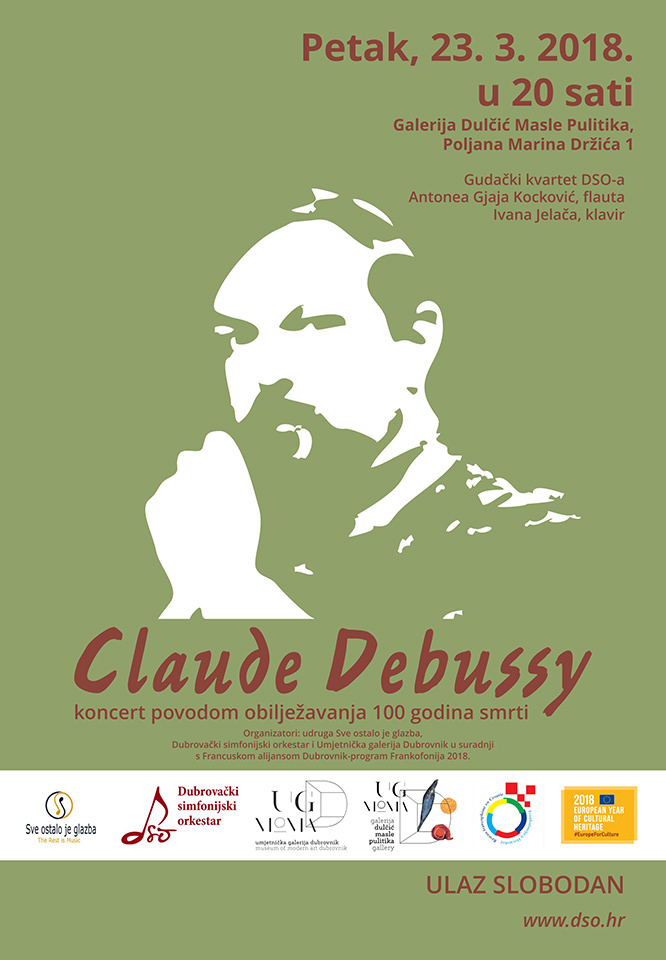