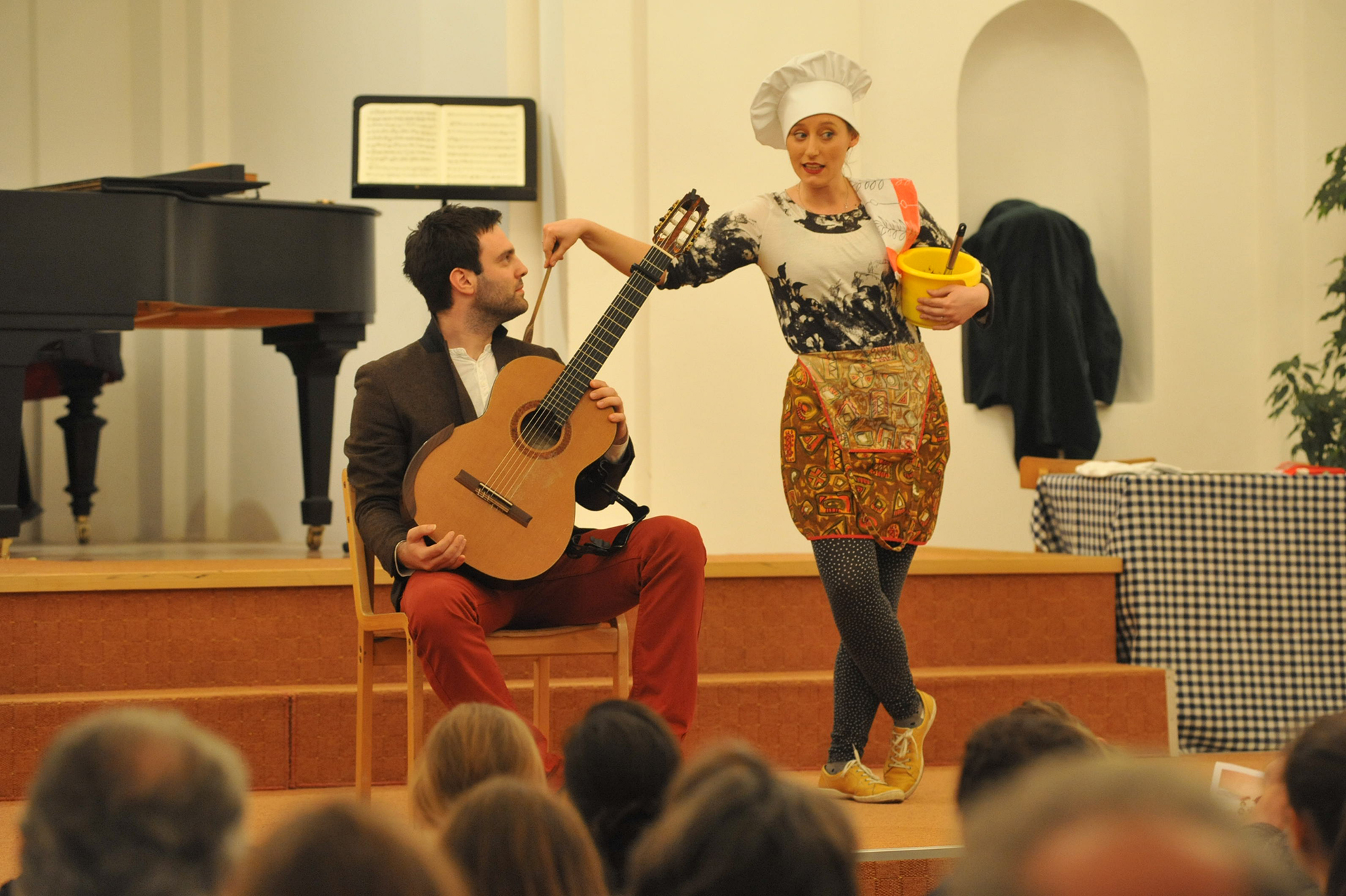 This is educational project intended for pupils of elementary schools. Musical works performed in the musical part of the collage, as well as the subjects exposed in stage interpolations are adapted to their age and degree of education. The implementation of the program also includes the interaction between the performer and pupils: through dialogue, review of the works heard and immediate

inclusion in the performance. During the 45 minutes of the program, the „chef“  interacts with musicians who defend their art and do not want it to become an entertainment for people while they are eating. So they come into conflict with the chef who justifies their preparation for the specialty less than Gioachino Rossini, by whom the project is entitled, because Rossini was a skillful chef too. As the program is essentially linked to culinary arts, it is interdisciplinary and introduces a creative approach to formal  education and encourages the development of creative skills in children and young people. This project brings musicians and live performance among elementary school students, enlivening composer images and stories from their lives, and striving to clarify the content of music as well as its important role in our lives. The program involves the active participation of students through the design of melodies, singing, playing and dancing.

The main objective of this project is to educate students of elementary schools about music history, music language and musical forms, and the perception and importance of music in education and the development of skills through a music-scene collage, trying to expand their interest in classical music and show them how classical music can to achieve a contemporary expression and how classical music does not lose its value, its significance or the quality. Live solo performances; professional musicians and pedagogues and gifted students of music schools, we strive to encourage active listening and independent music creativity. We also want to introduce gifted students who, along with elementary education, attend classes in music schools and evaluate their work and present them to their peers, showing  how public performance is an extremely important discipline for developing self-confidence and self-awareness. The performances of this program are held in the classrooms of elementary schools and music schools, in cooperation with teachers of Music and music pedagogues.

From 2013 the project is regularly realized in partnership with Luka Sorkočević’s Art School and elementary schools in the Dubrovnik-Neretva County  as part of  the Public Educational Programs in Elementary Education of the City of Dubrovnik and the  Dubrovnik-Neretva County . In 2015 the project  was included in the annual program of Croatian Music Youth Split, and in 2016 it was performed in Zagreb. 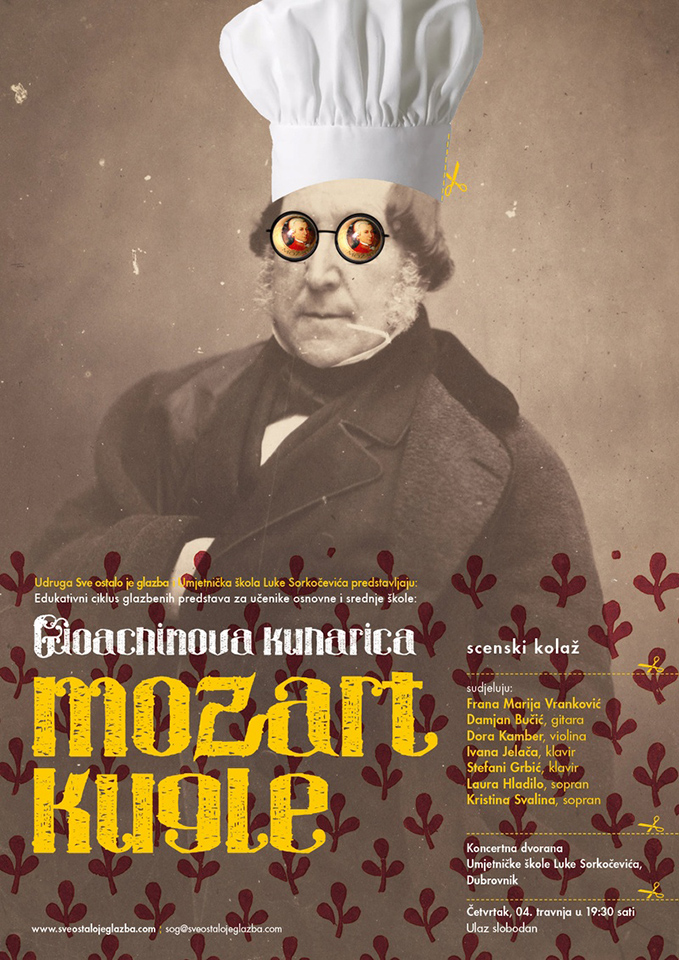