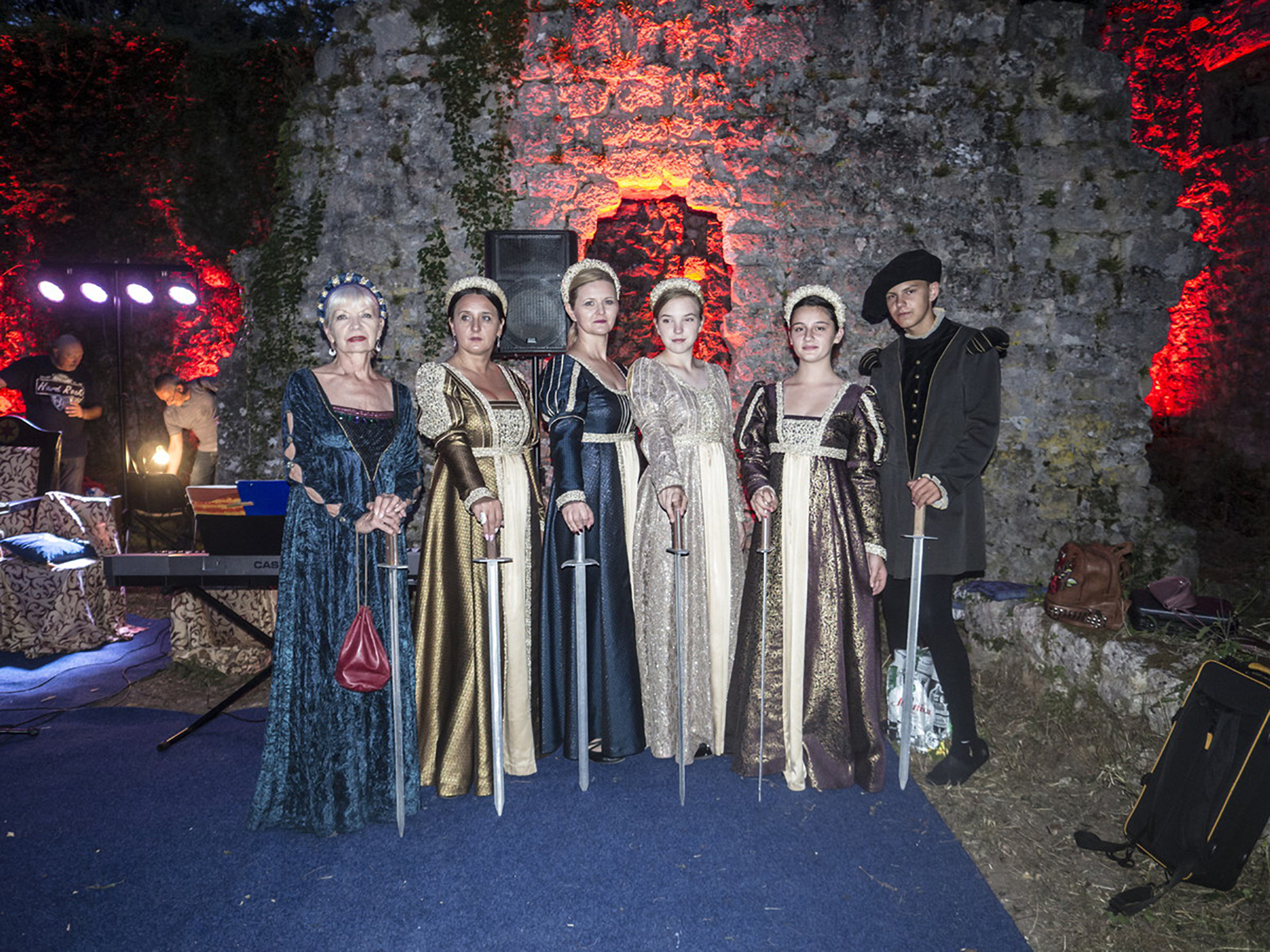 RIM organization was the co-organizer of the musical-stage manifestation of the revival of medieval life “Gradec on Mass in 2018” on the island of Krk. The event took place in the ruins of the first fortress of the Frankopan princes of XII. century, Kaštela Gradec, located in the Vrbnik Municipality on the island of Krk. The ruinous ancient building consists of the remains of the main building and the church, and for the full moon in July of 2011 it returns to it at least a little of the former shine. At that time, the event “Gradec on the Mosaic” was held, organized by the Knezovi Krc Frankopani and the Vrbnik Municipality.

The music-scene event began with a dramatic play in which all the gathered and the prince Mikul IV. Frankopanu (Petar Kopanica) threatened a lizard, about one hundred spectators informed the costume manager and moderator of the event. The work was successfully shot by the members of the Maura Kal club from Krka, and then he was accompanied by a manty (a solemn ceremony at the Sopel), with Oda Gradac accompanied by black knights and ceremonials on stage.

In the music part of the program were the Vrbenska kanturica (Miriam Volarić, Mariza Renčić, Veronika Jurešić, Iris Magaš and Ana and Mara Vadnov), young soprano Paloma Pavan, clarinetist Dora Papić, trumpeter Adraian Polonija and Ivan Polonija with piano accompaniment by Mavra Dobrinčić. A popular-scientific lecture was held by archeologist Ranko Starac. The drama program was completed by Luka Vadnov performing the song “When the Wife of Frane Frankopan”, while the medieval dances were performed by the Kontec’s Dance Group members.

It was the collaboration with the Association of Prince Krčki Frankopani and it was accomplished thanks to the funds obtained  from the City of Krk. 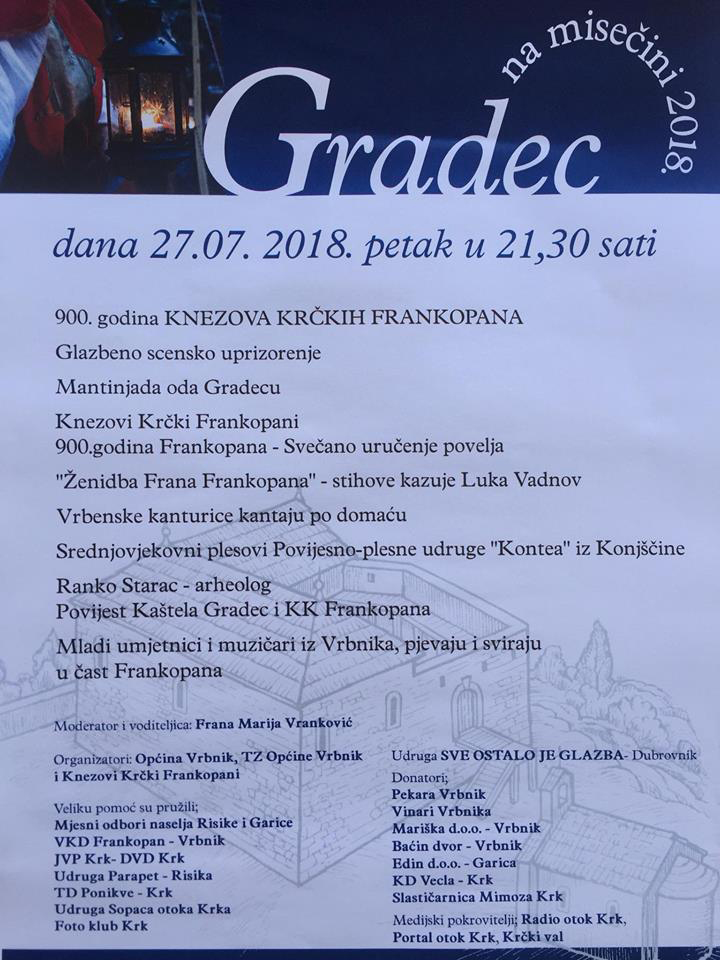