Since 2016, the SOG Association has enriched the Night of the Museum event, which is held each year in museums throughout Croatia in January.

In 2016 the RIM organization set up a program in cooperation with the Dubrovnik Summer Festival for the Museum Night  at the Festival Palace. Costumed performances on authentic instruments have brought  a kind of a reconstruction of the historic salon concert in Dubrovnik. In addition to the lectures on the history of the Palace (Palace Kerša) and its reconstruction, the pieces of composers from the period of Baroque and Classicism were performed  in the authentic Dubrovnik ambience.

In 2017, in cooperation with the Museum of Modern Art Dubrovnik, a program entitled Musical Coloring of the Mediterranean was conceived. It is conceptually linked to the Exhibition of Artists from 1938 to 1945. from the fundus, which was set up at the Dulcic Masle Pulitika Gallery. In honor to the three prominent Croatian painters, the heirs of the celebrated colouristic tradition to whom the Gallery is dedicated, musicians of the RIM organization presented some of the most significant names in the world of music and  composers who frequently visited Dubrovnik and remained permanently in it. They were inspired by the beauty of the Mediterranean environment, such as the Polish composer Ludomil Rogowsky, who wrote in his diary:

“There is so much beauty, and the sun and the sea that man does not know where to start.”

In 2018, in the Dulčić Masle Pulitika Gallery (Museum of Modern Art Dubrovnik), the program Pictures at an Exhibition was performed. It is developed according to the  famous cycle of the Russian composer Modest Musorgski. The popular suite, originally written for the piano, represents an imaginary tour of the exhibition of paintings and musically expresses  the observer’s experience. The program of the RIM organization was inspired by the creation of three prominent Croatian painters; Ivo Dulčić, Antun Masle and Đuro Pulitika – representatives of “Dubrovnik Colorism”. 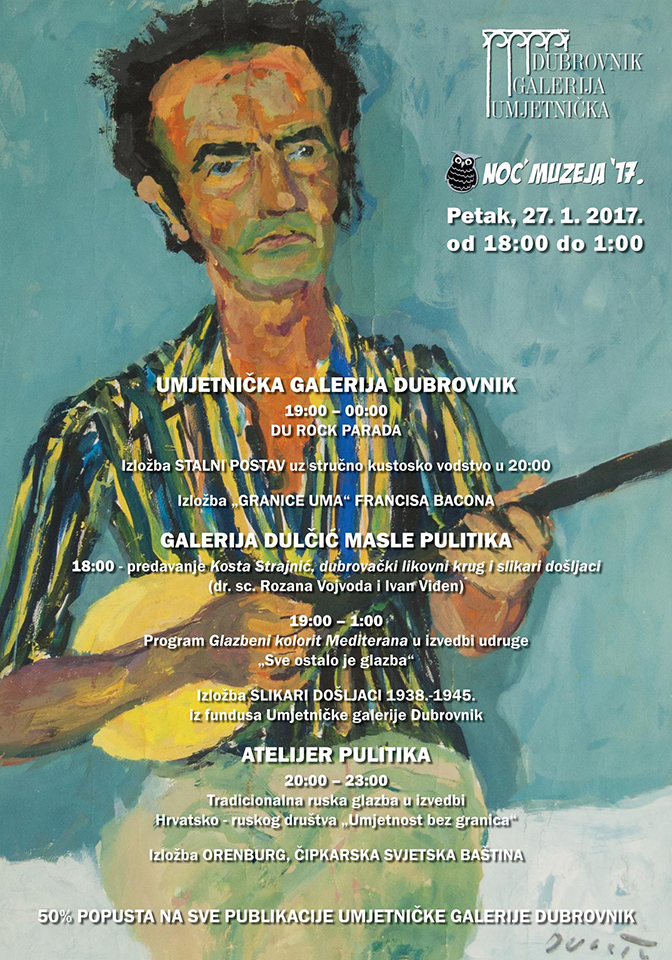