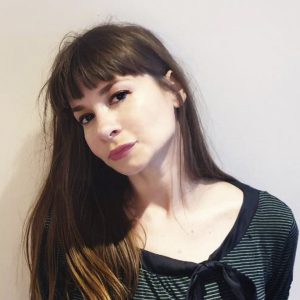 Katarina Karakaš Spiroski (1979) is a musician and cellist professor.  After completing her Master’s degree at the Academy of Music in Skopje, she participated at several international seminars with renowned pedagogues like E.Dindo and M. Kliegel as the member of the “Orchestra stabile di Como” in Italy and at the international summer seminar “Sofia” in the class of Michael Flaksman. She performed as a member of the Macedonian National Theatre and the Croatian National Theatre in Zagreb as an orchestra member. Since 2008 she has been working as a cello teacher at the Music School. For the last seven years she has been working with art and documentary photography. She participated in several group exhibitions and her works were rewarded and published in the magazines “Re Foto” and “Vogue”.She is organizing music workshops and photography workshops on the island of Vis and in Zagreb. In addition to photography, she is also involved in documentary film, and as a screenwriter and production assistant she participated in the research documentary film “At Home” and “The Giant Giants” within the Visualia Festival in Pula. Since 2016 Katarina Karakaš Spiroski has been a permanent associate of the RIM organization.