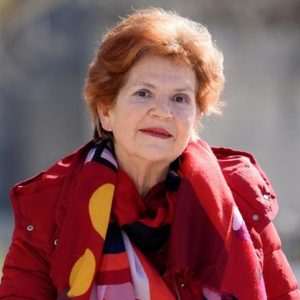 Maja Nodari is an art historian, radio editor and conservatory consultant at the Ministry of Culture, Conservation Department in Dubrovnik, where she was born in 1948, graduated in grammar school and secondary music school, graduated from Art History and English at the Faculty of Philosophy in Zagreb and graduated from areas of Dubrovnik residential architecture at the same University. Throughout her career she has dealt with various aspects of Dubrovnik’s cultural heritage, mostly as an editor at Croatian Radio-Radio Dubrovnik, where she launched a Broadcasting cycle that has continually edited and conducted for 28 years. As part of her conservative practice, in addition to her daily contact with monuments and people, she is the author of several expert conservation documentation and elaborations, published in professional and scientific literature, co-author of the book Sveti Vlaho in Gorica. She participated in a series of symposiums and seminars in Croatia and abroad. She publishes various scientific, professional and publicity papers, written and multimedia.

For her work on the protection of the monumental heritage during the Homeland War, especially by public action in written and spoken words, for the enrichment and preservation of Croatian culture and cultural identity – she was awarded in 1996 with Danica hrvatska with the image of Marko Marulić. In recent years, she worked on the intangible cultural heritage, especially the phenomenon of the Festivity of St. Blaise, and also with her merit, this traditional Festivity enrolled in UNESCO Worldwide Intangible Cultural Heritage Representative List. In the year 2012 she received the annual award for contribution to the reputation and promotion of the Dubrovnik-Neretva County in the country and world. She is a member of the Association of Croatian Art History, Croatian Conservatives Society, Matica hrvatska, and Friends of Dubrovnik’s Antique Society. She is associate on the projects of Heritage interpretation of the RIM organization.