THE COLORS OF THE FRENCH SOUND

The project entitled The Colors of French Sound is a thematic concert and was first performed in the Days of Francophonie 2016. The project partners are the French Alliance of Dubrovnik and the Museum of Modern Art Dubrovnik. The aim of this program is to present to the audience a rich French musical legacy, primarily works from the period of musical impresionism and modernity. The main features of this music are mingling of sounds in a space that draws colors, so the musicians of the RIM  chamber ensemble have been so impressed with the performance of the French sound in symbiosis with the ambience of the Dulčić-Masle-Pulitika gallery where the program was held.

In addition to the performance of the program in Dubrovnik on March 20, 2016, which was held with the support of the City of Dubrovnik, the project was hosted on the island of Lastovo in July 2016, produced by Camerata Ragusina as Hommage a Dubrovnik maestro Ivo Dražinić. 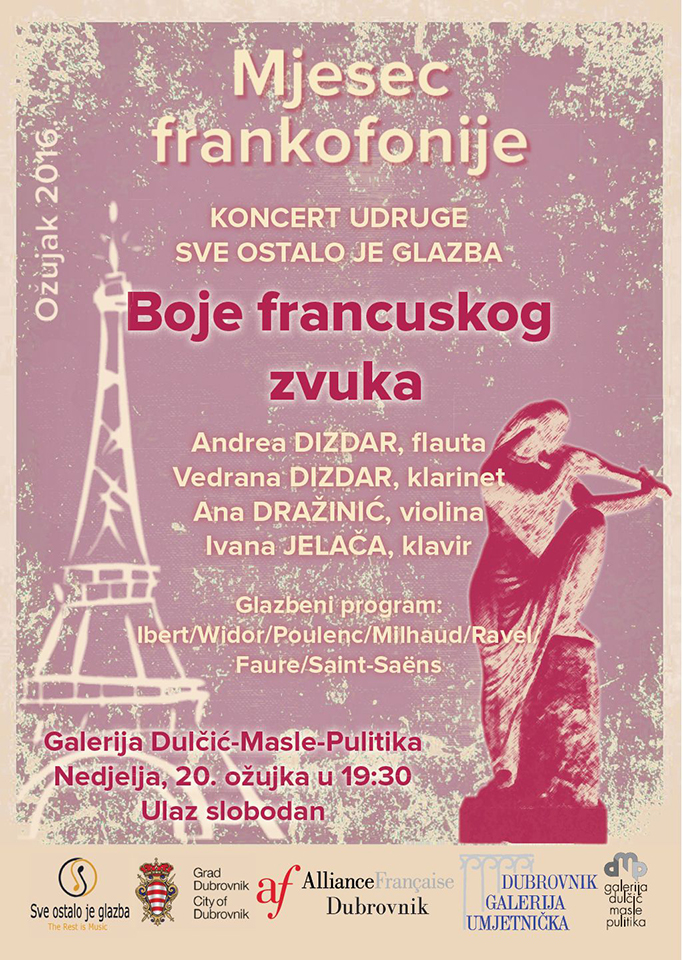