THE GARDEN OF MUSIC 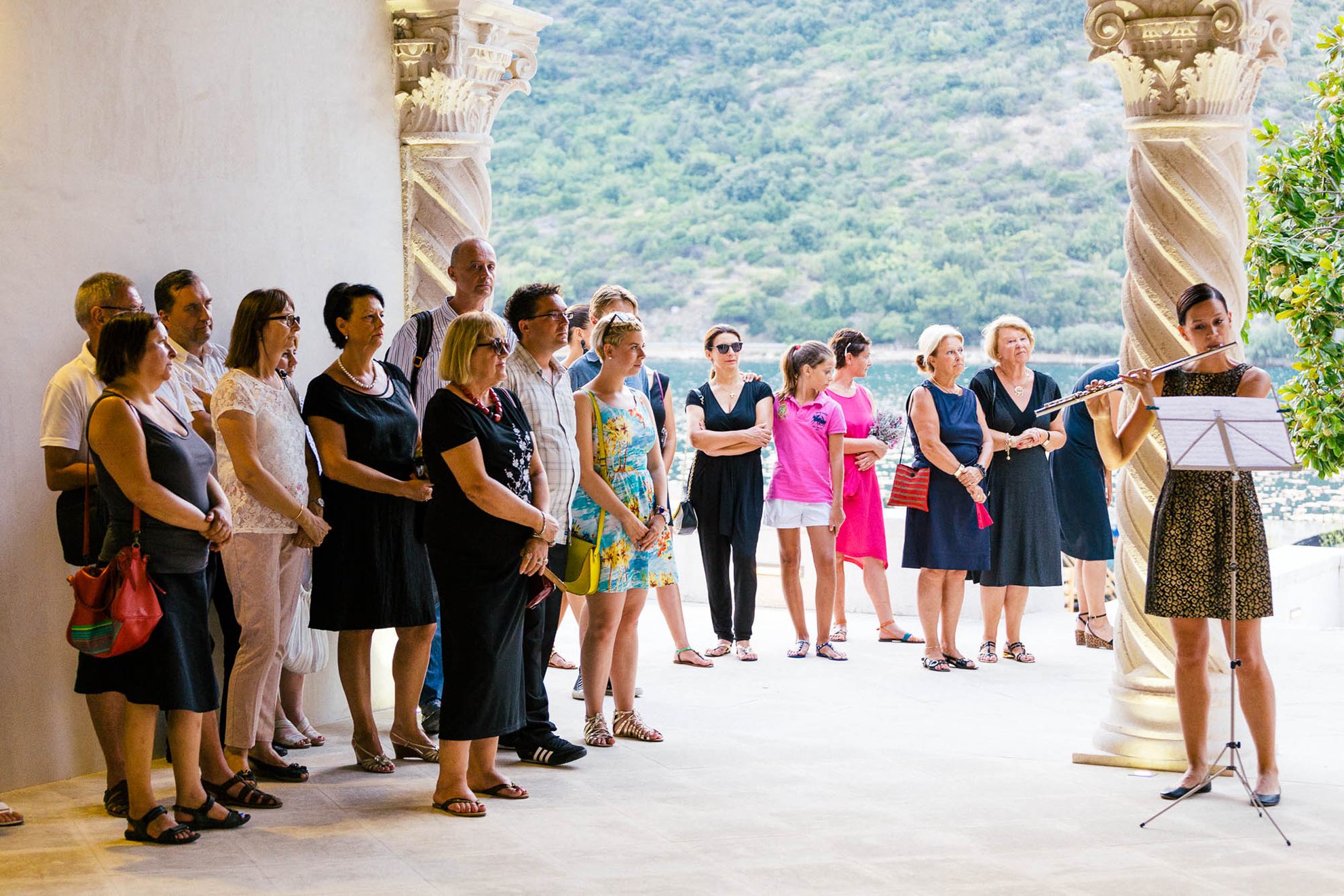 The Garden of Music project is a cycle of guided musical events intended for the visitors of the villa Bunić- Caboga in Dubrovnik area. It was first presented in August 2014 with performances both in Croatian and English. The project was sucessfully continued in 2015 with the triptych: Trio on the terrace, Dubrovnik salon, In Mr. Kaboga’s drawing room.

The goal of this project is to present the rich cultural heritage of Dubrovnik, not only through music. Since the performance includes a guided tour through the villa, it also brings interesting stories and images from the history of Dubrovnik Republic and the members of the Dubrovnik nobility. Classical music performances revive the music of the past in the authentic ambience of  Dubrovnik salons, they show how it once looked like and how we have preserved our heritage, which together creates a unique experience of musical gathering.

The host welcomes visitors and takes them on a tour through the villa, telling them the story of the history of the building as well as its owners ; Dubrovnik patrician families Bunić and Caboga . The concert, which takes place in the salon of the summer residence,  includes chamber music repertoire with representative croatian music performed by musicians of the RIM ensemble.

The project was realized with the support of the City of Dubrovnik and the Caboga Foundation.

Duration of the performance: 90 minuta