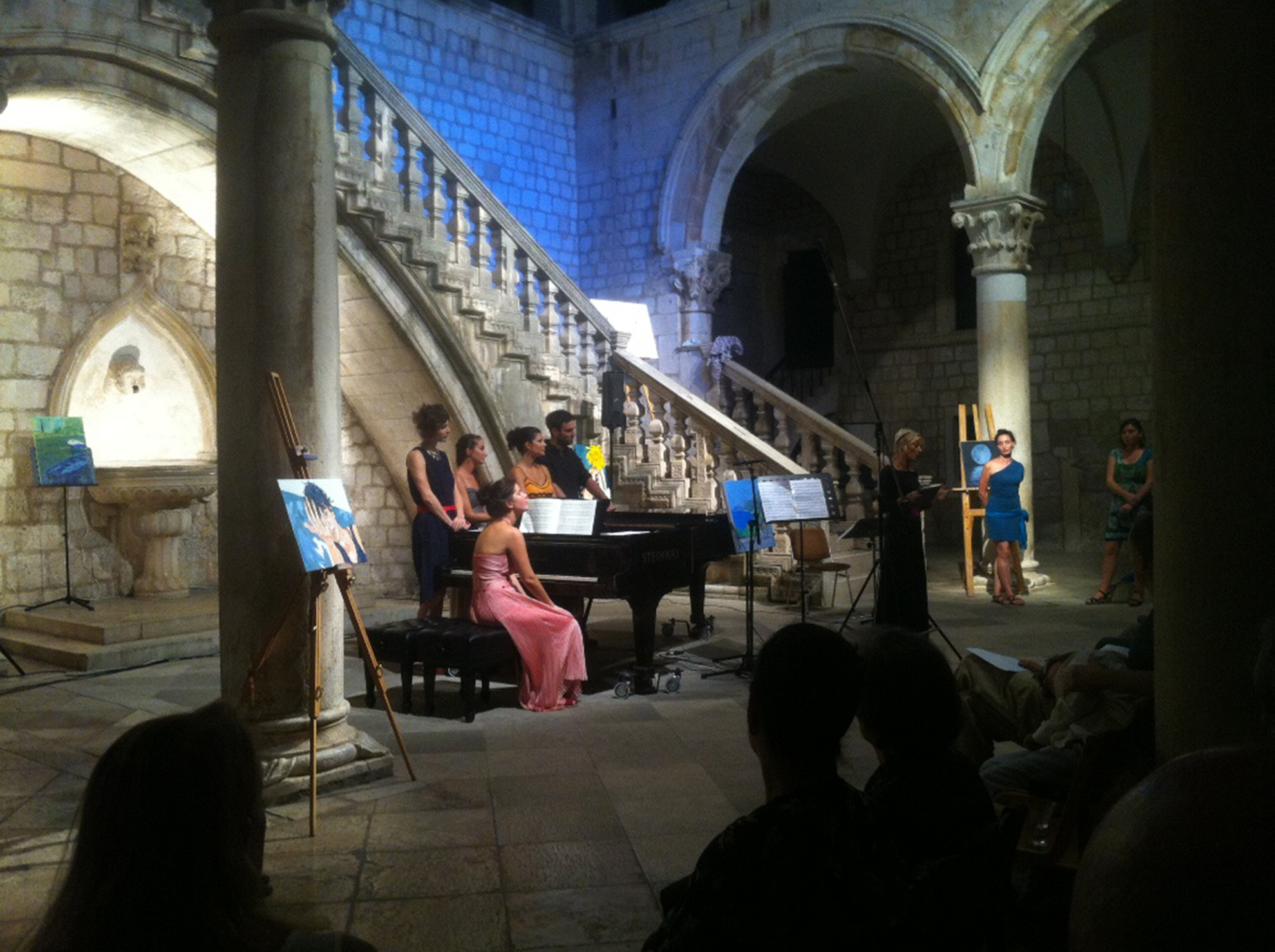 The Weltschmerz project brings the fusion of music, literature and painting. At the beginning of the performance, the curator opens an exhibition of three young Dubrovnik academic painters. Their pictures were born on music of composers of German romanticism; L. van Beethoven, J. Brahms, F. Schubert and R. Schuman, which is beeing  performed on the stage. Joined in Art and permeating various art media, performers invoke the collective feeling of world-pain, which caught young people at the very beginning of the 19th century. How the reflection of their pain is depicted in modern times, they discovered on the performance at the Atrium of the Rector’s Palace on September , the7th, 2013

The project was realized with the support of City of Dubrovnik and technical support of the Dubrovnik Summer Festival. 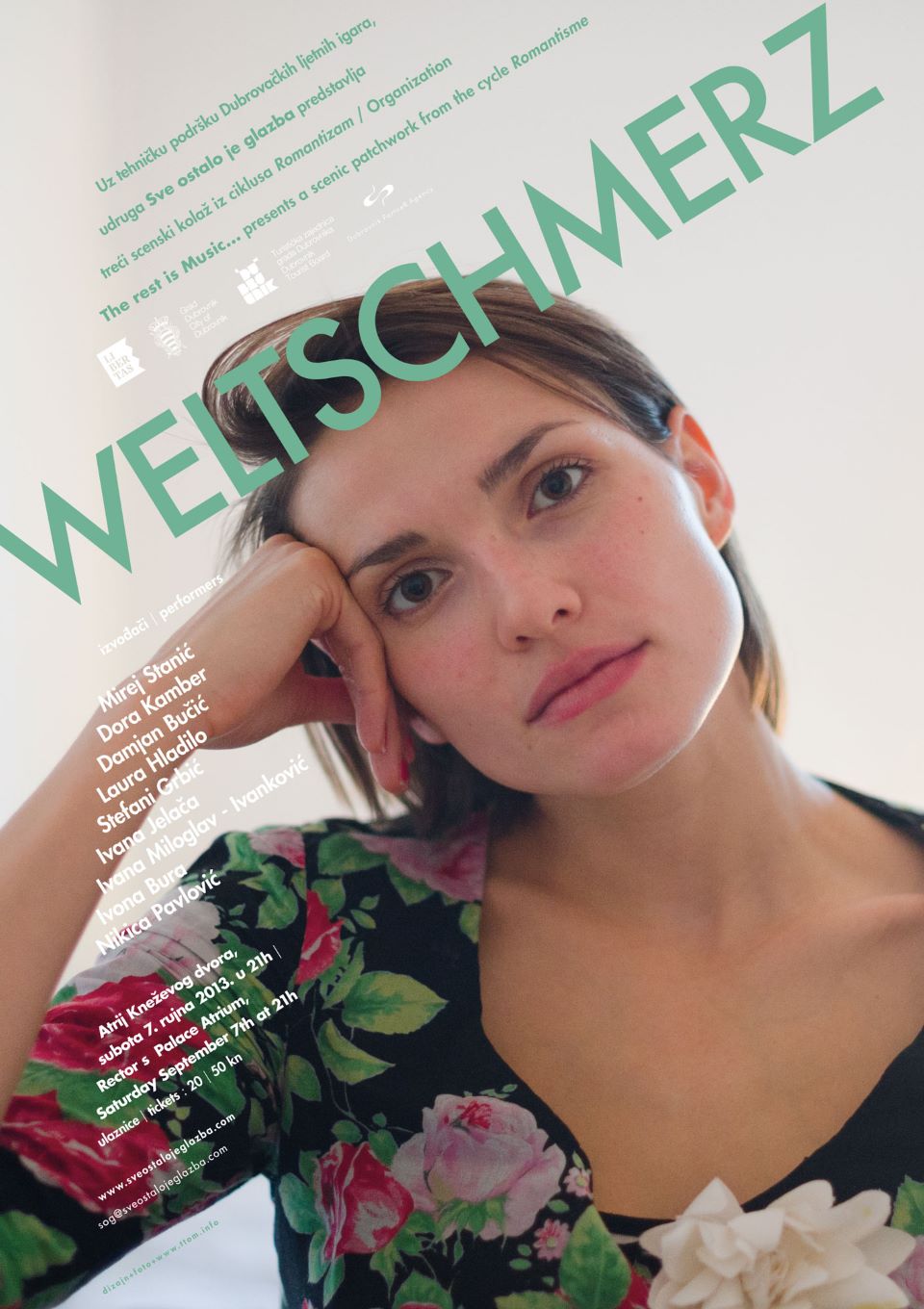