In the year 2018, 95 years after the death of Dore Pejačević, one of the most prominent Croatian composers, came to life. On this occasion, the project called Women in Music originated from major female musicians and composers: Marie Theresie von Paradis, Clara Schumann, Fanny Mendelssohn and Dora Pejačević, whose works were performed by violinist Đana Kahriman and pianist Ivana Jelača. In addition to concerts there was an accompanying exhibition focusing on women’s public performance on the music scene, following the professional and life paths of prominent female composer musicians whose value was rarely recognized. Despite numerous limitations, some women have succeeded in affirming the world of professional art. They were inspiration to contemporaries, even when they posed a potential threat to society. The project “Women in music” was realized by RIM organization, supported by the City of Dubrovnik and the Port of Dubrovnik and in cooperation with the Dubrovnik Libraries, the Našice Museum of the Nation, the Kontesa Dora Music School and the Croatian History Museum; through performances in Našice, Zagreb and Dubrovnik. As part of the project, Ivana Jelača held a lecture on “Women in Music” subject for students of the 1st to 6th grade at the concert hall of the “Kontesa Dora” Music School in Našice on 17 January 2018.

The project was hosted in Metković, where it was performed in the summer festival of Metković in July 2018. 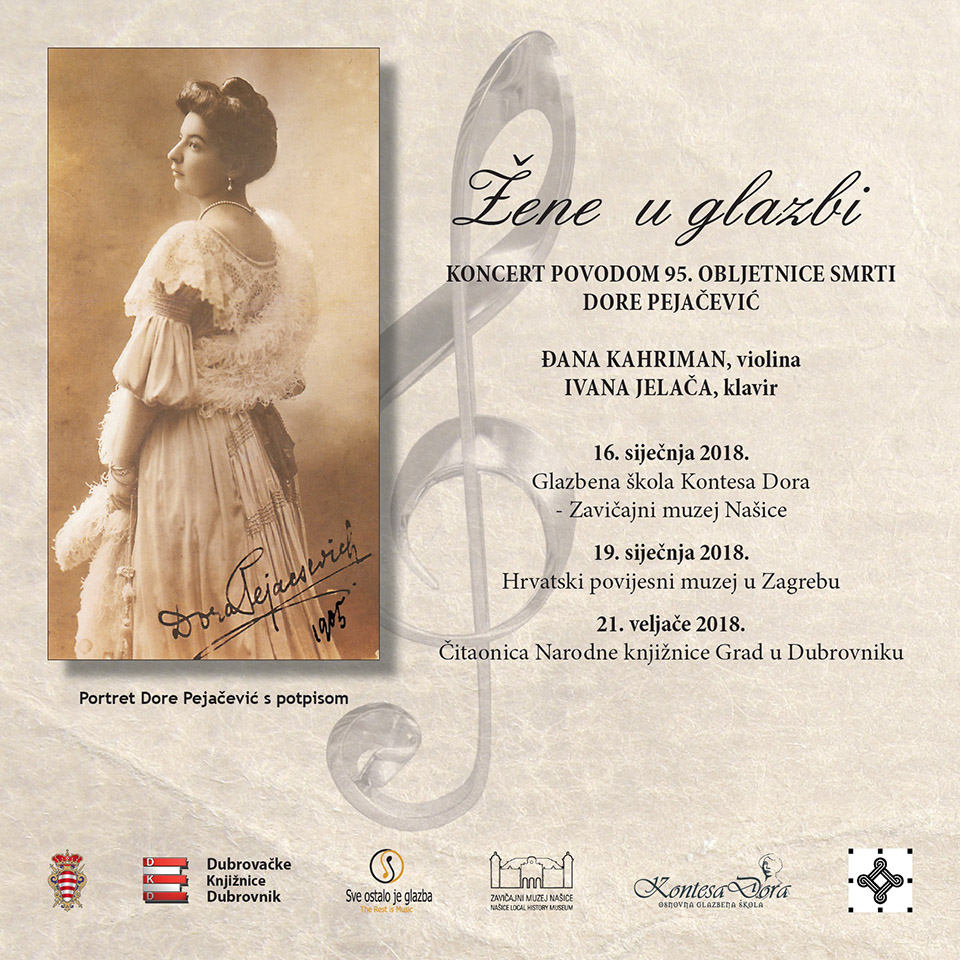